Carmién Tea wins at the 4th Teas of the World Contest

Carmién Tea wins at the 4th Teas of the World Contest

For the first time ever Carmién Tea entered the prestigious 4th Teas of the World Contest, hosted by AVPA, the Agency for the Valorization of Agricultural Products. The awards ceremony took place on the 19th of October 2021 in Paris and was broadcasted worldwide.

The AVPA Tea Contest is unique in its kind, based on gastronomic rather than standardized refereeing. Carmién Tea competed in the infusions (infusion plants other than Camellia Sinensis), blends and flavoured teas sections. We entered this competition to introduce and showcase our Rooibos products to the French and European markets. It was also an opportunity to compete with other international tea companies in terms of our quality and superiority when it comes to Rooibos in particular.

We were up against stiff competition as we competed against more than 200 tea entries from no less than 33 countries, including Malaysia, Japan, France, Croatia, Madagascar, Iran, Russia, Taiwan, Ukraine, Greece, Vietnam, and Columbia.

We are honoured and very pleased to have received not one but two awards. We were 1 of 75 Gourmet Paris winners and 1 of 25 Silver winners.

We received the Paris Gourmet Award for our Carmién Turkish Delight Green Rooibos Tea, a refreshing blend of green rooibos and rose petals with a delicate rose flavour reminiscent of Turkish Delight.

In the category of unflavoured infusions, we received a Silver medal for our Organic Rooibos and Honeybush blend.

This achievement is not only a reflection of the quality of Rooibos products we produce, but also the hard work put in by all our staff in producing and developing these amazing Carmién Rooibos products. 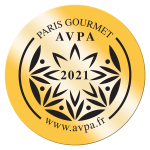 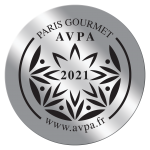